We’ve had another fantastic review posted over at IMDb for Great White Shark Legend – this time from the fantastic people of Fin Fighters UK.

Upon first meeting with Ricardo and Rachel Lacombe two things are immediately evident; that they are passionate about making films and that they have irreversibly fallen in love with sharks. It is these two things that also strike you the most about Great White Shark Legend; straight away you feel how much devotion and respect has been instilled in telling this story not just from a filmic perspective; with stunning sweeping visuals of South Africa, but also through their deeply affectionate exploration of the subject of the film – the sharks, we too embark on a journey of understanding and discovery that challenges perceptions.

In this film the usual sensational images of aggressive Great White sharks with jaws agape charging at the camera are nowhere to be seen, and instead this stunning creature is treated with a reverence that rightly alludes to its mystery as a legend – rather than as the black eyed killer that is unfortunately more commonly the case with many pseudo-scientific Great White ‘Documentary’s’. As the Sharks first emerge from the depths you are filled with a sense of awe and this is compounded as you are introduced to the many specialists and enthusiasts featured in the films interviews. Through witnessing the interactions between them and the sharks a sense of pride and wonderment starts to become evident, from specialists such as Dirk Schmidt discussing the behaviour and personality of the sharks, to local residents and organisations describing what it is really like to live with these sharks and how they are learning to best handle interactions with them as part of their way of life.

Whilst viewing GWSL there were several moments that really stood out for me – firstly in interview when Author/specialist Dirk Schmidt likened watching Great Whites hunting seals to a Gladiatorial match; like a ancient and primal event. To me this conjured up imagery of strength and power but also of exceptionally honed skill and precision – not mindless killing, I felt this was not only very poetic but along with the realism portrayed of the sharks in the film; very true. I also found it exceptional to see so much impetus placed by Ricardo and Rachel on responsible shark tourism; of handling sharks safely and not subjecting them to bait induced behaviours purely for show. For me the emphasis of this in the film was to really ask questions about cage diving and how best to observe natural behaviour through the promotion of company’s and individuals that operate doing just this.

The highlight for me however was the interview with the local children, it was so refreshing to hear that despite not learning much about sharks in school, these kids understood the important role Great White Sharks play in the ecosystems and food webs where they live, and that rather than being afraid of them, they feel that “People who don’t like sharks just don’t understand them!” in particular the observation by a young boy that sharks are reactionary; “They react to actions in their habitat” was astonishing and gave real hope for relationships of understanding and respect between these future residents and the sharks. As a shark conservationist this film ticked all the boxes; challenging the sensational ideal many associate with these creatures, discussing responsible shark/human interactions and their importance within ecosystems……for me some of the shark shots were a bit brief and the interviews a little long in places, but having said that I feel that perhaps this is really what Great White Shark Legend is about……You start to get a sense when watching, that this documentary is really less a film about Great Whites and more an exploration into our perceptions of them.

As we need to change our preconceived notions of sharks as mindless killing machines – Great White Shark Legend will inspire people who are terrified of sharks question this fear and see the beauty, the majesty and the necessity of these creatures.

I cant thank Rachel and Ricardo enough for the privilege of allowing me to preview and review their film; I really feel honoured and excited to have witnessed something that is not your typical shark documentary; but that is in actual fact a little more like an awakening…

We at GWSL fully support our fellow indie filmmakers working to raise awareness for the protection and education needed surrounding Great Whites (and all marine life) – so are happy to support their own film campaign over at IndieGoGo page – please support their project if you can!

Head over to their Facebook Page or Campaign Page and get involved. 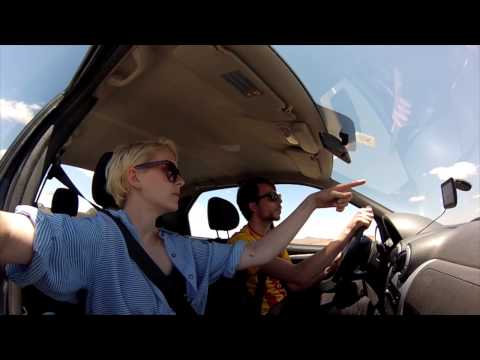